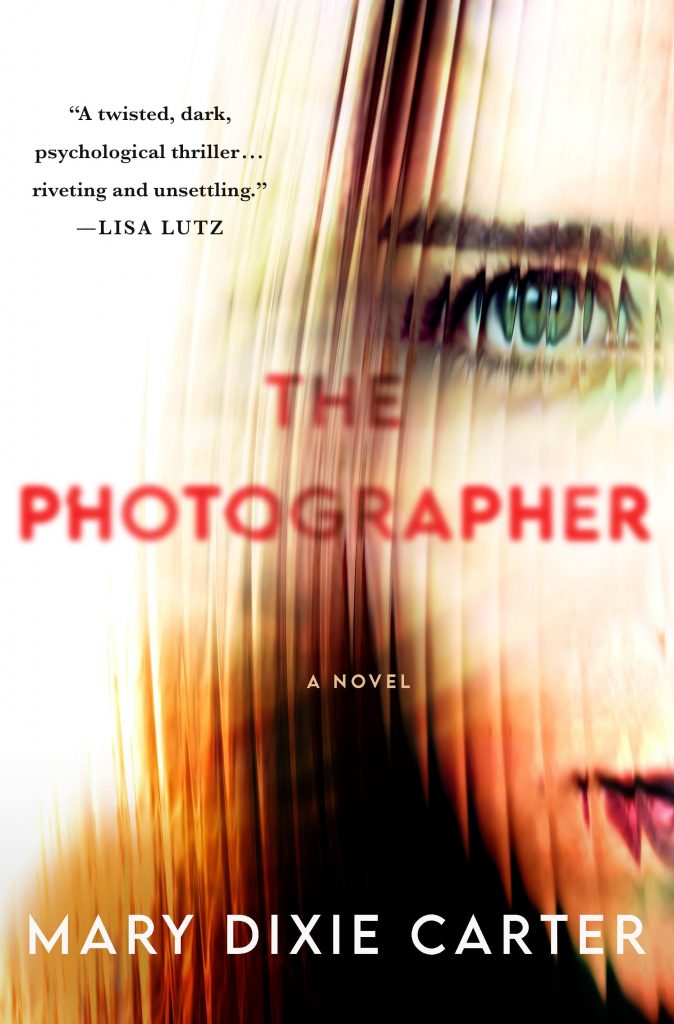 The GML & the Hickory Stick Bookshop are pleased to welcome author, Mary Dixie Carter to discuss her debut thriller, The Photographer

Carter tells the story of a sought-after children’s photographer in Brooklyn named Delta Dawn who has a creepy habit of insinuating herself in the lives of the wealthy families that hire her. Hungry for a connection she never got from her own parents, Delta, who narrates the book, becomes attached to the Straubs. After offering to babysit for 11-year-old Natalie, Delta soon finds herself with easy access to all the family secrets, as well as the large brownstone, kept by interior designer and wife Amelia, and her handsome architect husband Fritz. As Delta’s obsession with the Straubs deepens, the novel provides hold-your-breath suspense. This conversation will be moderated by Joseph Montebello, freelance writer and long time contributor to Litchfield Magazine.

Mary Dixie Carter graduated from Harvard College with an honors degree in English Literature and holds an MFA in Creative Writing from The New School. She lives in Brooklyn with her husband and two young children. Her writing has appeared in TIME, The Economist, the San Francisco Chronicle, the Chicago Tribune, The Philadelphia Inquirer, The New York Sun, The New York Observer and other print and online publications. She worked at The Observer for five years, where she served as the publishing director. In addition to writing, she also has a background as a professional actor.

Signed copies of the book will be available at the Hickory Stick Bookshop.Visit their website at www.hickorystickbookshop.com or call 860-868-0525.