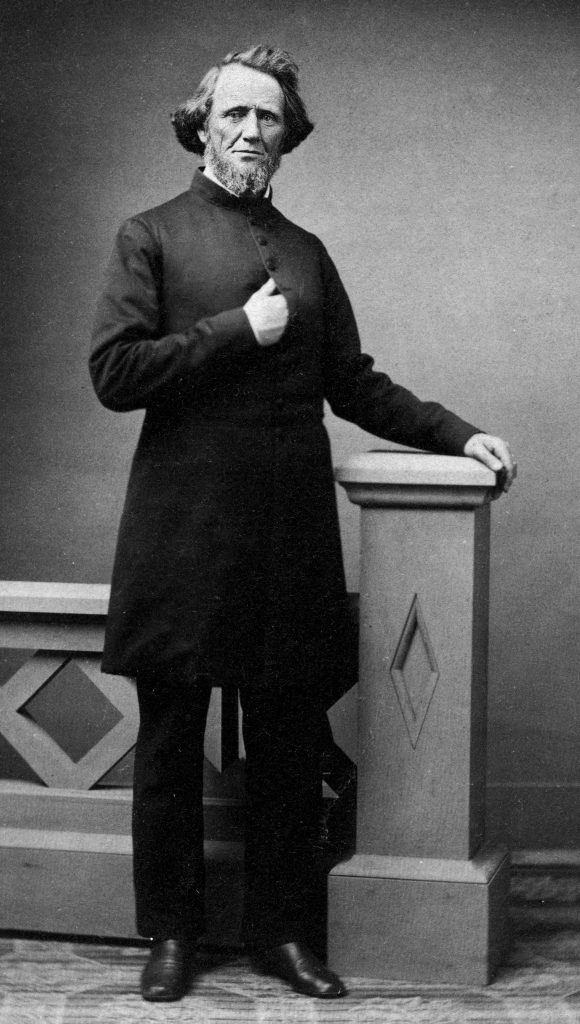 The Gunn Historical Museum’s Guest Lecture Series resumes in September 2021. Please join us on Zoom on Monday, September 13, 2021 at 6:30 p.m. for “Frederick Gunn: An American Original” with Peter Becker, Bart McMann and Emily Gum of The Frederick Gunn School. This presentation is being co-sponsored by the Gunn Historical Museum and The Frederick Gunn School. Registration is required to receive the Zoom link for this free virtual program.

It is the rare man who leads enslaved people to freedom and corresponds with Harriet Beecher Stowe, appears in the first known photograph of a baseball game, and is acknowledged as the founder of the American camping movement – all in addition to starting a school with a pioneering point of view about education and character development. A man of principle, Frederick Gunn was also a man of action. He was a leader of the Underground Railroad, guiding runaway enslaved people by night one step closer to Canada and freedom. His willingness to break the law in pursuit of right earned him the enmity of many. But others admired him. Mr. Gunn also welcomed the wider world to his school. He opened his arms to students who made the long ocean voyage from China, setting a precedent in 19th century, rural New England. Inclusiveness did not end there: he welcomed African American and Native American students as well. Girls from Washington and nearby towns took lessons, which was uncommon at the time.

Peter Becker became The Frederick Gunn School’s 11th Head of School in 2012. A native of New Orleans and Manhattan, Peter attended The Taft School and earned a bachelor’s degree with distinction in religious studies from the University of Virginia and a master’s degree in history from Yale University. Over the course of eight years, he served as a master of history and interdisciplinary studies, housemaster, department chair, and coach at The Lawrenceville School. Prior to that, he was on the national staff of the Fellowship of Christians in Universities and Schools and had a career as an investment banking and venture capital analyst.

Bart McMann is the Director of the Center for Citizenship and Just Democracy, a member of the History Department faculty and former History Department Chair at The Frederick Gunn School. A Massachusetts native, McMann attended The Roxbury Latin School in Boston and holds a bachelor’s degree in government and legal studies from Bowdoin College and a master’s degree in social sciences from Wesleyan University. Aside from teaching and coaching, he is a Connecticut State Coordinator for Braver Angels, a citizens’ organization that seeks to unite red and blue Americans in a working alliance to depolarize America.

For more information about this lecture and the others scheduled for fall 2021, visit www.gunnmuseum.org or contact the Gunn Historical Museum in Washington, CT at 860-868-7756 or info@gunnhistoricalmuseum.org. 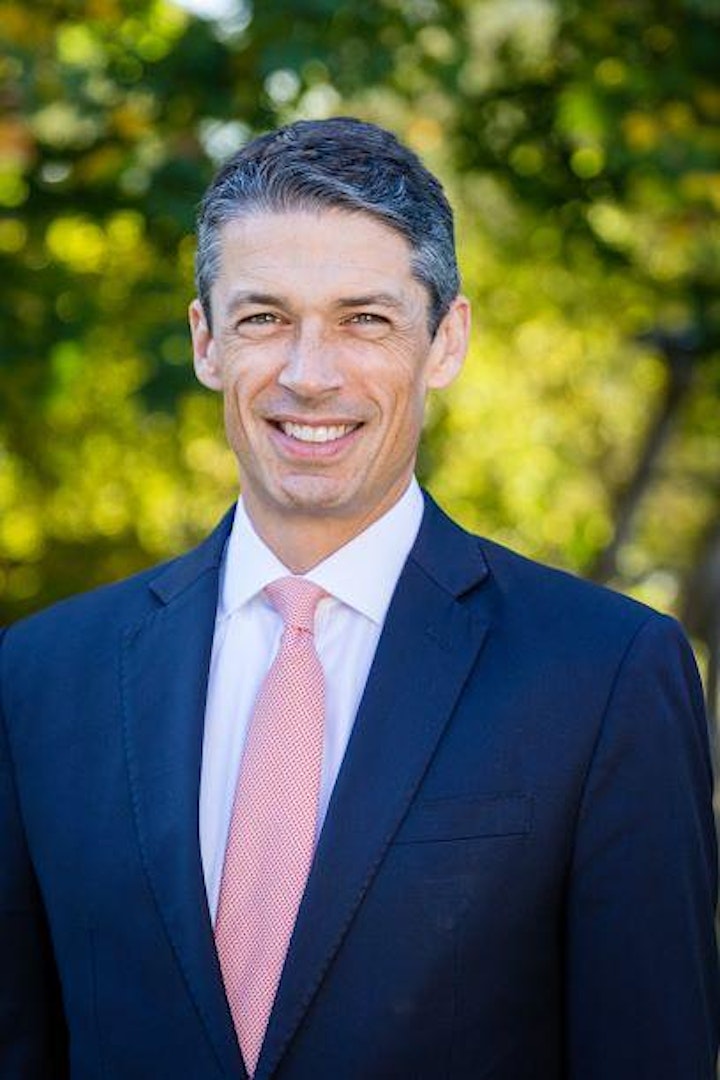 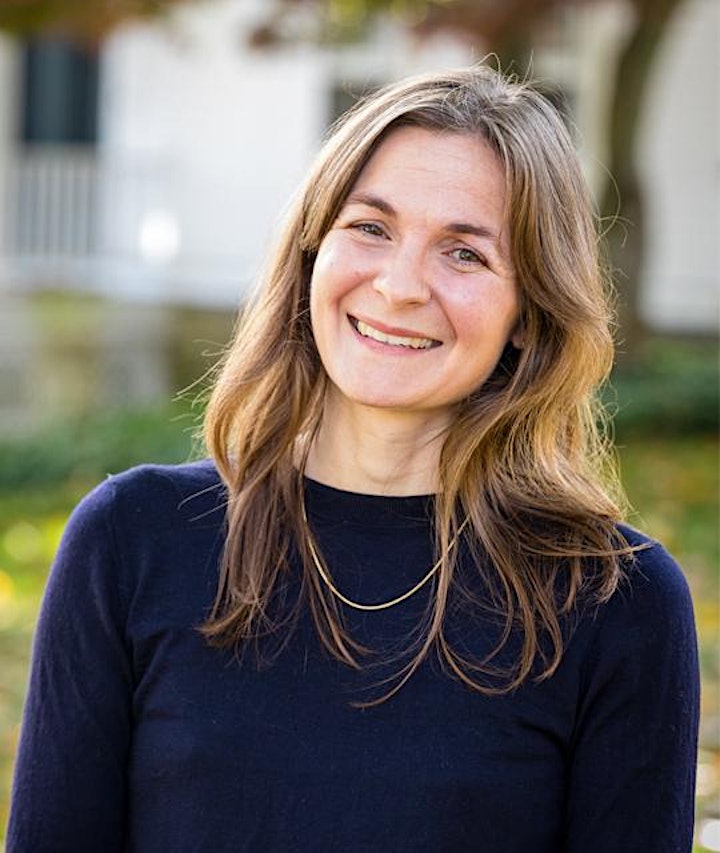 Emily Gum, Assistant Head of School for Teaching and Learning at The Frederick Gunn School 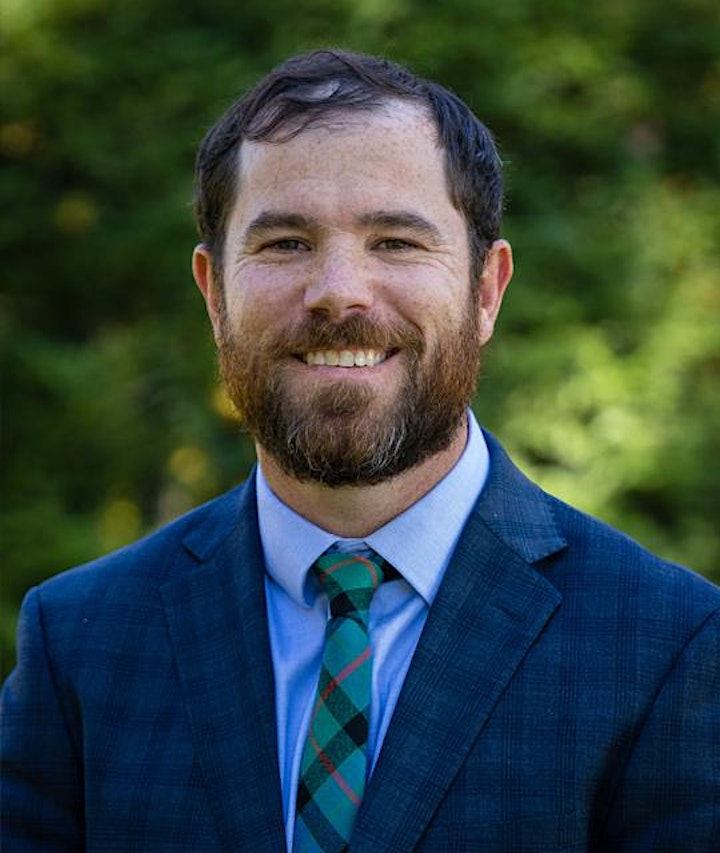 Bart McMann, Director of the Center for Citizenship and Just Democracy and a member of the History Department faculty at The Frederick Gunn School