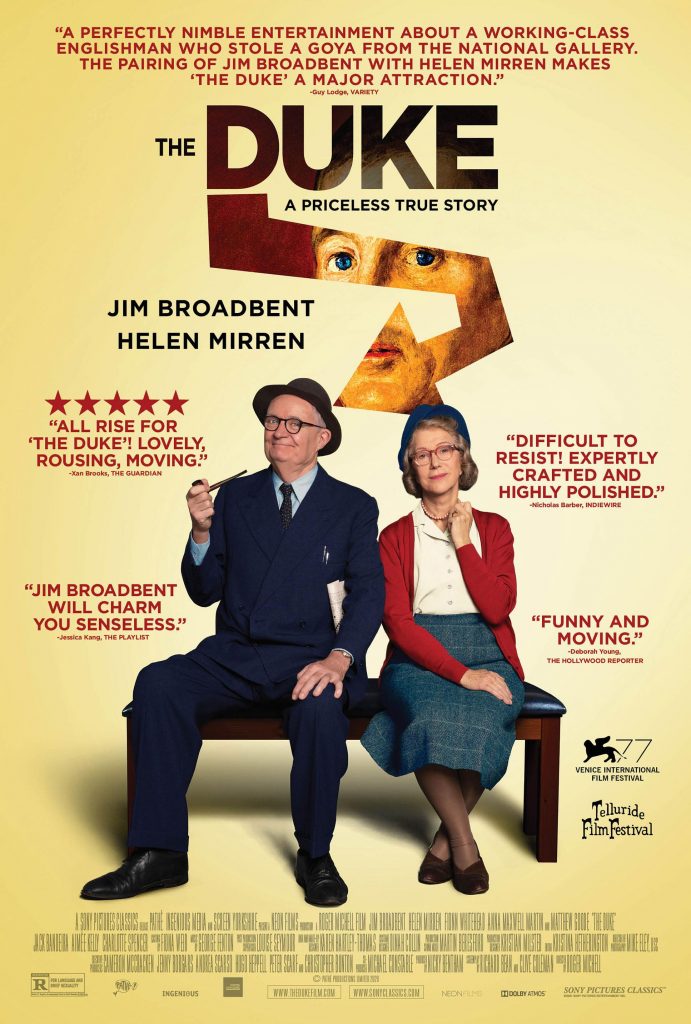 The Duke takes place in the 1960s and follows Kempton Bunton who stole a valuable portrait of the Duke of Wellington from London’s National Gallery. Bunton delivered ransom notes stating that he would return the portrait if the government invested more funds into caring for senior citizens. His decision led to initiatives designed to help those in his community. Bunton is also able to salvage his marriage and restore his relationship with his son in the process of doing good for others.