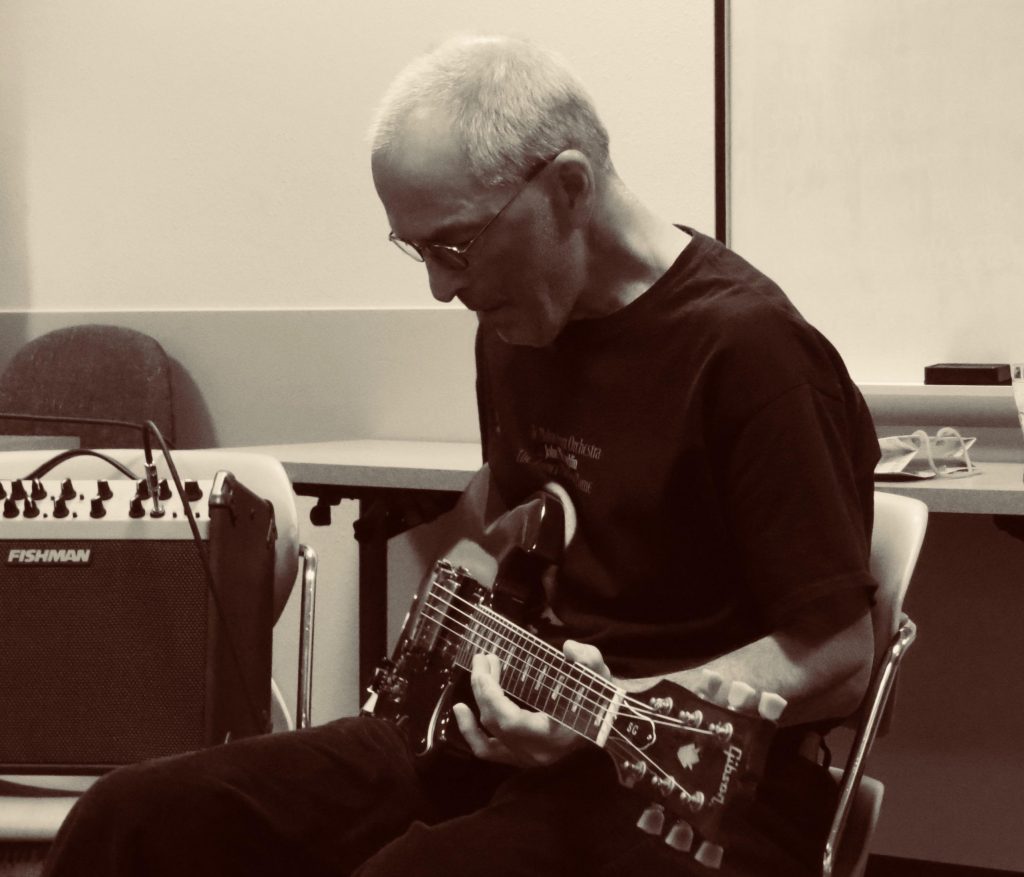 Peter Biedermann is a solo fingerstyle instrumental guitarist based in Green Valley, AZ that has performed in several different contexts since the mid 70’s. While his music doesn’t settle into any particular genre, it is a hybrid, contemporary style that melds elements of American, European and other world influences into a jambalaya of sound enhanced by subtle electronics and live looping on various guitars in unique tunings. PB began focusing on performing original music starting in the mid 80’s.

The focus of the concert program will be on pieces from his catalog of recordings beginning with ‘Sound & Spirit’ (2000) through the latest live release ‘Say What?’ (2020). The program also encourages questions from the audience and will include some of the history and evolution of original fingerstyle guitar playing.

CD’s will be for sale after the concert. Please go to www.biedermannmusic.com to learn more about Peter.