All in-person programs have been postponed until further notice and will resume as soon as possible.

The museum hosts recurring programs, fundraisers, as well as special one time events. For information about our upcoming programs check out the Gunn’s event calendar.

For assistance with Zoom, we recommend you watch these tutorials here. The Gunn Memorial Library also has a page that lists helpful links. If you have any further questions about our virtual programs, please contact us at info@gunnhistoricalmuseum.org or 860-868-7756. Library staff is also available in person and over the phone at 860-868-7586 for help. 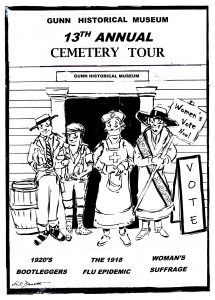 To maintain safety during the pandemic, there will not be an in-person tour this year. Instead, a pre-recorded virtual cemetery tour will be released online at 6:30pm on Friday, October 30. Join our mailing list here to receive the link to the cemetery tour on that day, or visit our YouTube channel directly. In this year’s tour, we will be reflecting on events from 100 years ago, including prohibition, women’s suffrage, and the flu of 1918 in Washington, CT. Citizens from a century ago will be brought to life by costumed actors who will tell their stories: some amusing and others tragic. Find a nice spot to settle in and enjoy the video from the comfort of your home! 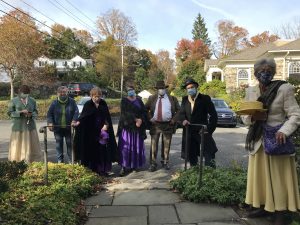 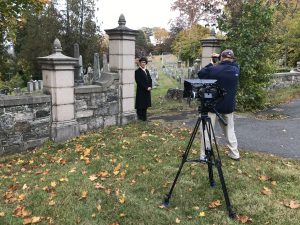 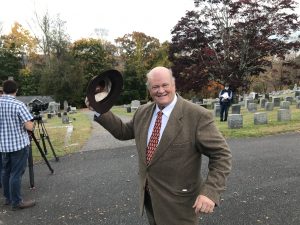 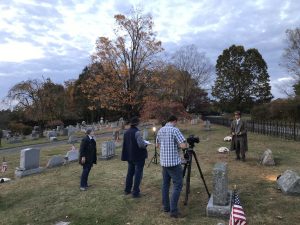 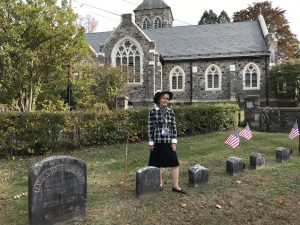 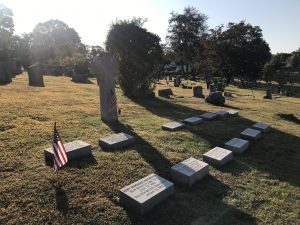 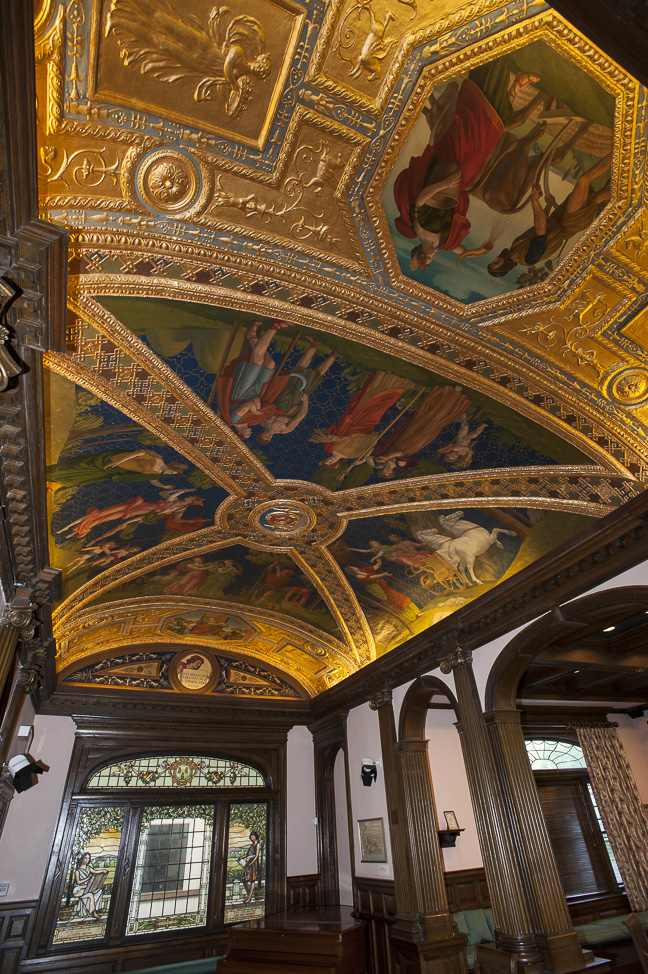 “Mural painting may safely be called the most exacting, as it certainly is the most complicated, form of painting in the whole range of art; its scope includes figure, landscape, and portrait; its practice demands the widest education, the most varied forms of knowledge, the most assured experience.” Edwin Howland Blashfield

Please join us on Zoom on Monday, November 2 at 6:30pm for this first of the Gunn Museum’s Artist Series lectures: Harry Siddons Mowbray and the American Renaissance (1876-1917). Josephine Rodgers will discuss the paintings of Mowbray, a former Washington resident and master muralist at the turn of the last century. Included will be a slideshow presentation with photographs from the collection of the Gunn Historical Museum, the Yale University Art Gallery, and St. John’s Episcopal Church. Following the presentation will be a discussion with the audience.

Registration is required. Click here to sign up. The Zoom link will be sent to your provided email address.

In a rush of the post-Civil War construction of capitol buildings, courthouses, libraries, train stations, art museums, and private residences, painters and sculptors of the late nineteenth and early twentieth centuries tested their talents in large-scale art programs. This lecture will offer a fresh perspective on the American mural movement during this transformative period in American cultural history. The idealism embodied in Mowbray’s allegorical murals serves as a visual assertion of the humanist values that captivated a generation of American artists from the nation’s centennial to World War I. 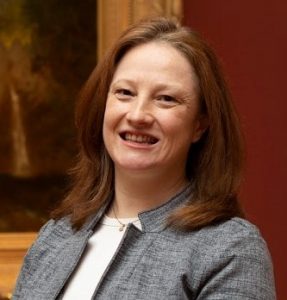 Josephine W. Rodgers is the Marcia Brady Tucker Fellow, Department of American Paintings and Sculpture at the Yale University Art Gallery. She earned her Ph.D. from Rutgers Univesity in New Brunswick, New Jersey in 2015, focusing on 19th-century American Art. Since September 2018, she has been working closely with Mark D. Mitchell, the Holcombe T. Green Curator of American Paintings and Sculpture, coordinating details for the Gallery’s upcoming exhibition on the American Renaissance and researching the Edwin Austin Abbey collection. She has held positions at the Freer Gallery of Art and Arthur M. Sackler Gallery, Smithsonian Institution in Washington, D.C., the National Gallery of Art, and the Cooper Hewitt, the Smithsonian Design Museum in New York.

The Story of a River, a two-part lecture by Edwin Matthews 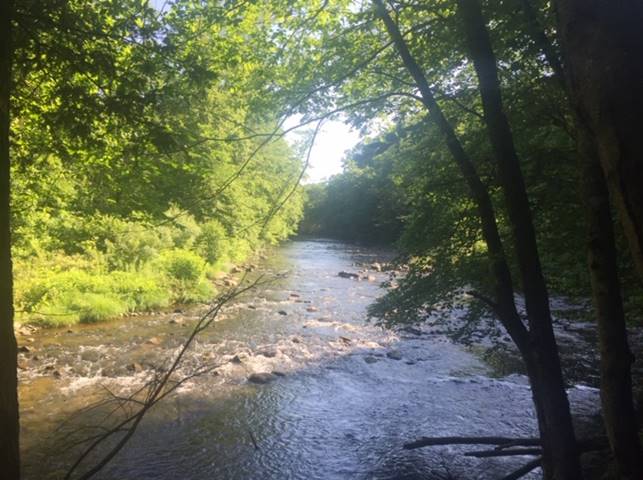 The Shepaug River has been flowing since the ice left Connecticut perhaps 30,000 years ago.  Its storied history incudes the Native Americans who occupied the valley for many thousands of years, followed by opportunistic European colonists, then by all manner of industry and finally a steam railroad along its banks.  At the turn of the last Century, its natural beauty drew city folks to enjoy and later to preserve the river landscape.  In 1955 a dramatic flood destroyed the Washington Depot river front, which with remarkable commitment to community was restored.

Click here to watch a recording of Lecture no. 1

In our time, the Shepaug has been threatened by diversions of its water to Waterbury: in summer months, the river went dry.  In the 1920’s valley citizens had been caught off-guard when the headwaters were sold to the Waterbury Water Company.  In 1921 a contract was signed that was hoped would protect the river but did not. In the 1990’s river advocates mobilized to save their river.  Their battle led to complex litigation and in 2005 to a settlement agreement with Waterbury which has restored river flows for future generations.

Click here to watch a recording of Lecture no. 2 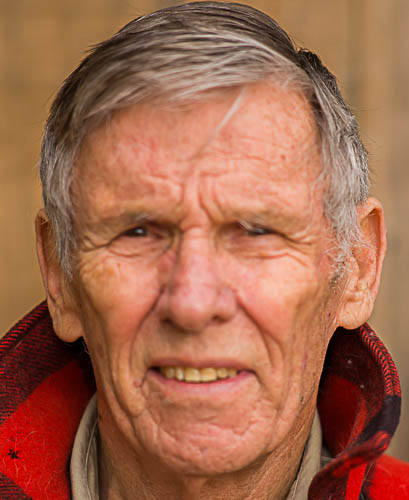 For twenty years Edwin Matthews has been active in the defense of the Shepaug River. As President of the Shepaug River Association, he was responsible for litigation that resulted in an agreement to limit diversions of water from the river by Waterbury. Edwin Matthews’ affection for the natural world began growing up in the woods of Northern Idaho. He went on to study History and Science at Harvard and to Law School at Yale. For many years he practiced law in New York, Paris and San Francisco. He was a founder of Friends of the Earth International., a worldwide environmental organization now in seventy-five countries.  For many years he has served as a trustee of the Steep Rock Association and Earthjustice, a not-for-profit law firm for the environment.

Mr. Matthews lives on a farm in Washington, Connecticut where, without much success, he is trying to teach his Labrador to value squirrels in the ecosystem. He has published a book of essays on wildness around us entitled “Litchfield Country Journal” that is available at the Hickory Stick in Washington, Depot.

Readings from the Archives

The Museum hosted several virtual Readings from the Archives on Zoom, whose recordings can be found below. Museum staff read a research paper about a Washington topic from the Museum’s archive and shared related photos, followed by a brief discussion with the audience. 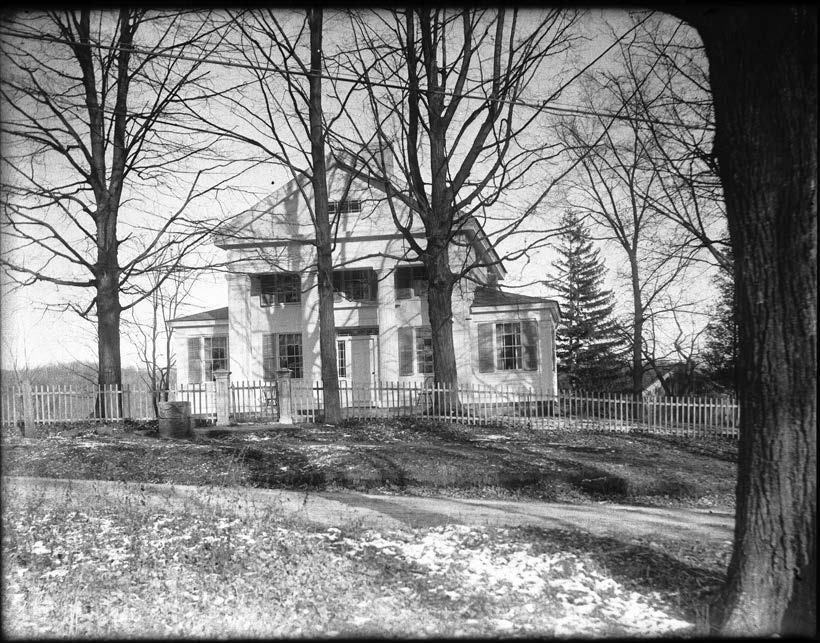 Moses Titus House, 40 Calhoun Street. From the collection of the Gunn Historical Museum. 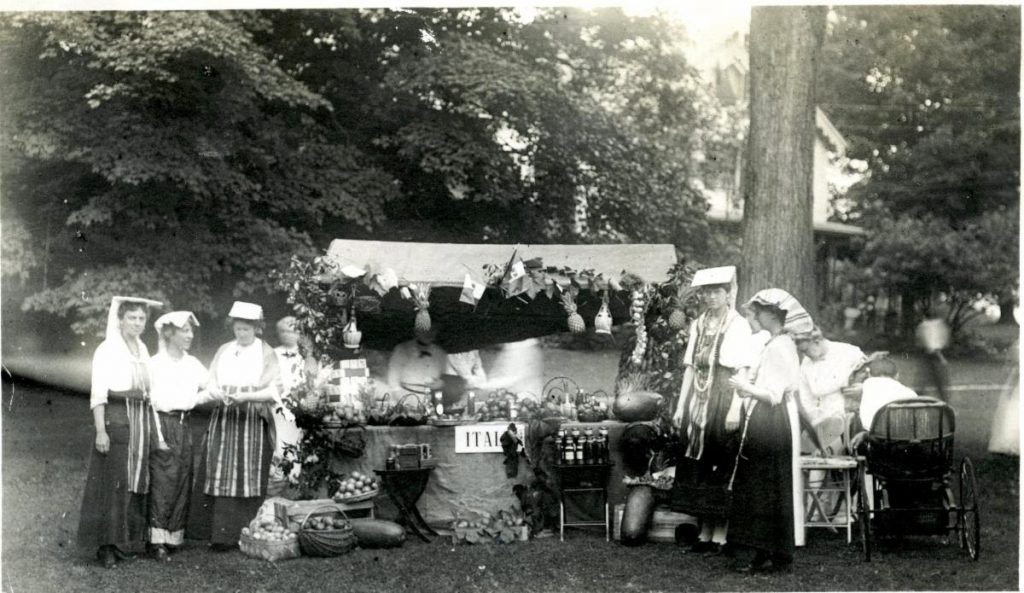 Sister Susies on Washington Green – The Allied Market Fundraiser. From the collection of the Gunn Historical Museum. 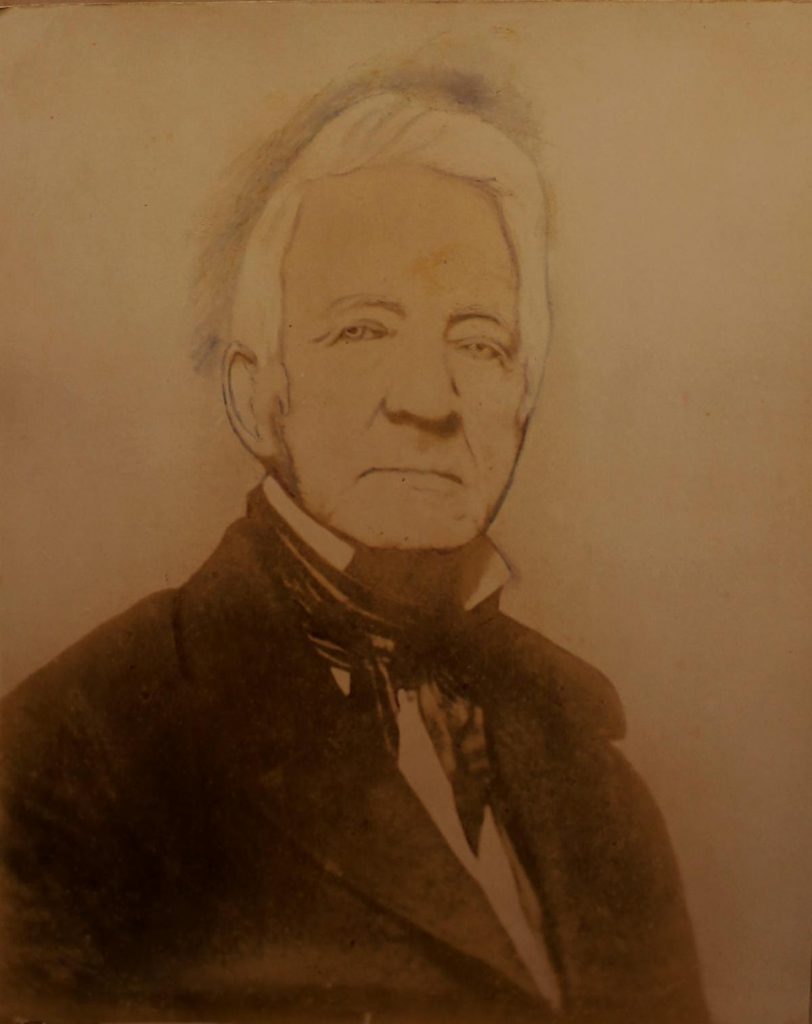 Photo of Dr. Remus Fowler. From the collection of the Gunn Historical Museum. 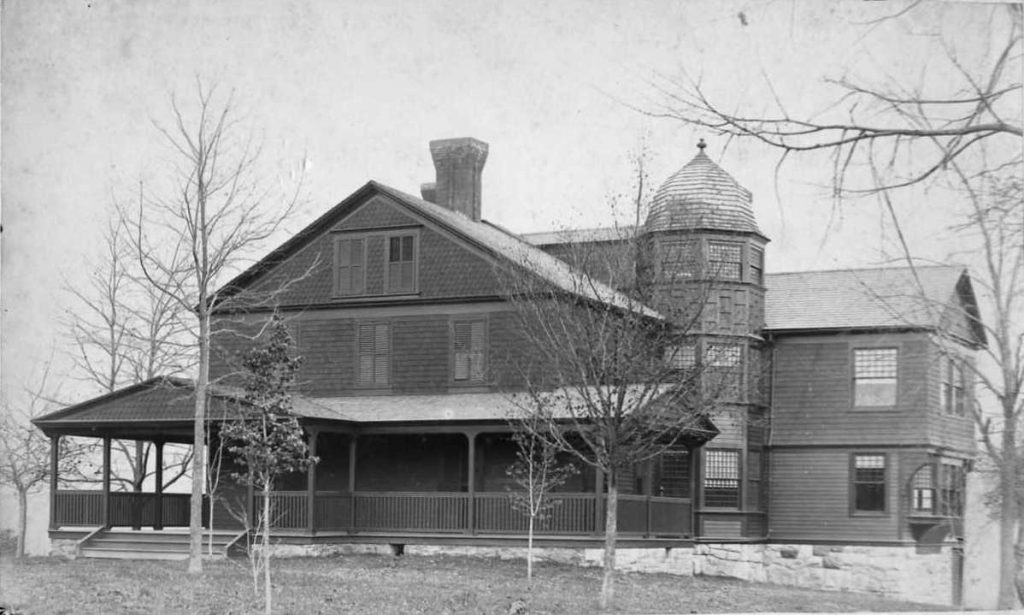 Photo of the Wesley House. From the collection of the Gunn Historical Museum. 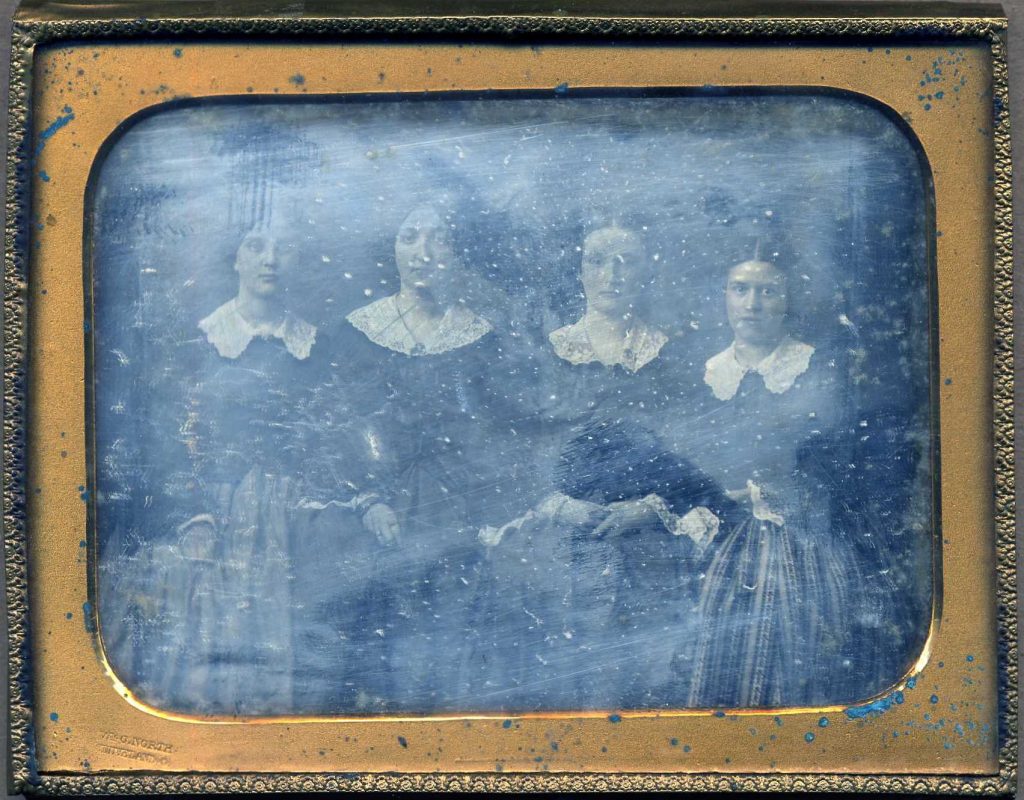 Students of the Judea Female Seminary. From the collection of the Gunn Historical Museum. 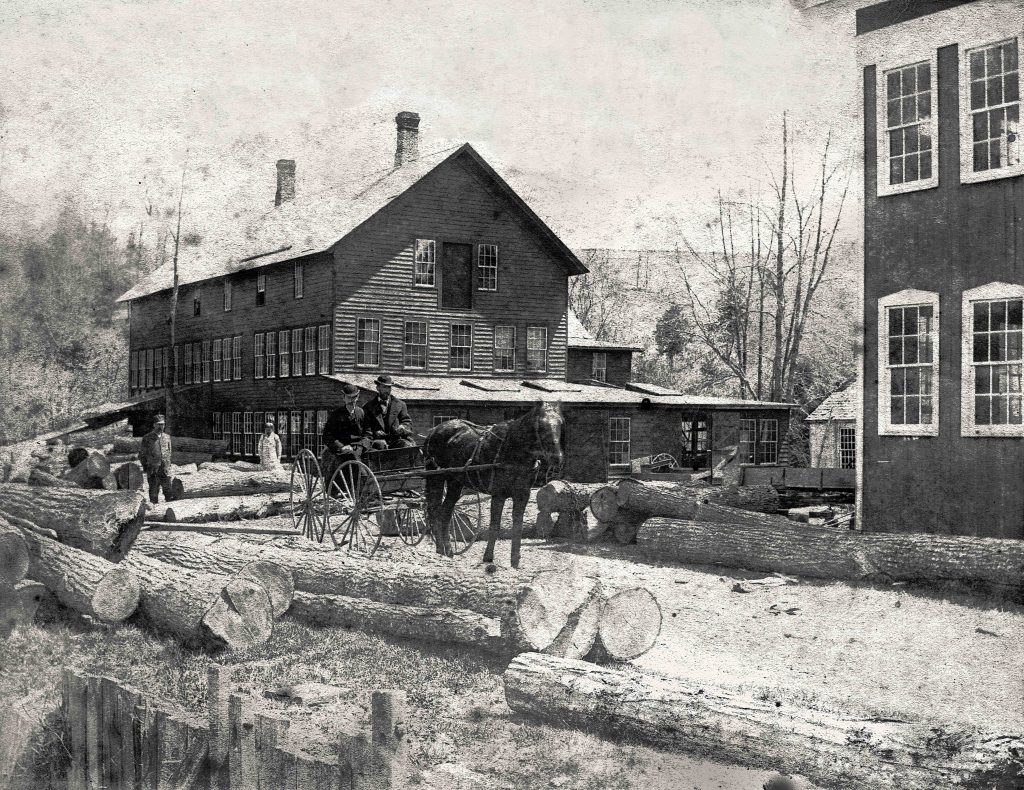 Henry Woodruff Mill on Titus Road in Washington Depot.  From the collection of the Gunn Historical Museum.