Please be aware that the following programs are subject to change as we continually review our safety guidelines regarding Covid-19. 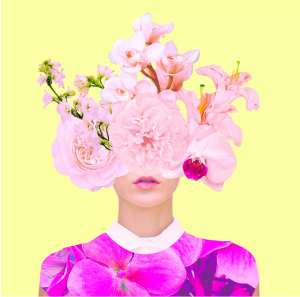 Local Artist Susan Lerner will lead a workshop in creating artistic collages using magazine clippings. Lerner’s work blends personal photographs with vintage images to create complex visual landscapes that capture the past in a new way. She will teach us how to compose stylistic collages in a similar fashion. We will learn about the art of collage, different techniques, and supplies needed. This program is free and open to the public.

After a career as a Flavor Chemist, and as a mother of two, Susan Lerner was longing for an outlet to express herself and relieve the anxiety of caring for an aging parent with dementia.  On a whim, she took a collage class at the 92 Street Y in NYC and the minute she picked up a straight edge, she fell in love with the medium.  She has had the opportunity to exhibit her work in over 20 group shows, in Brooklyn and Chelsea, NY; Edinburgh, Scotland and  Wiesbaden, Germany and have had solo exhibits in New York City and Northwestern Connecticut. Her work has been published in numerous art magazines and books, most recently in  “Collage Care: Transforming Emotions and Life Experiences with Collage” by Laurie Kanyer. She is a founding member of NYCollageEnsemble, whose mission is to foster a community within which to share ideas, projects, inspiration, and support. Visit her website at https://www.mixdmediamashup.com/about 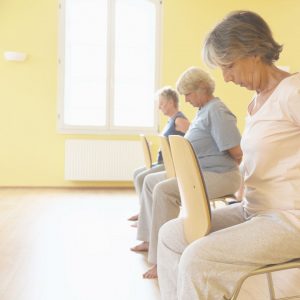 You may be aware that yoga has many benefits for your physical and mental well being but did you know that many of the stretches and poses can be adapted for older adults? Award winning yoga instructor, Caroline Kinsolving will give an introductory Yoga for Seniors class at the Gunn Memorial Library. Kinsolving will teach different stretches, poses, and breathing techniques that you can easily incorporate into your daily routine to improve your strength, balance, and flexibility. Registration for this class is free and open to the public.

Caroline Kinsolving is an award-winning and multi-certified yoga, meditation, and pilates teacher of over 20 years. She has taught in Los Angeles, New York, Connecticut, the Berkshires, China, Tanzania, India, and Mexico, in spas, studios, schools, and barns(!), and is a guest teacher at Kripalu. Four years ago, she developed Yoga for Good: classes open to everyone and by donations, which are pooled and paid forward to various causes. Caroline’s class has raised and donated over $40k for charities benefiting the local community and the world at large. She teaches families, babies and new parents, couples, kids and teens, and every age, level, and ability privately, working holistically to improve body and mind. 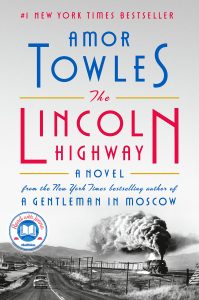 The GML Book Club will be discussing Amor Towles’ latest novel, The Lincoln Highway. The bestselling author of A Gentleman in Moscow and Rules of Civility and master of absorbing, sophisticated fiction returns with a stylish and propulsive novel set in 1950s America

In June, 1954, eighteen-year-old Emmett Watson is driven home to Nebraska by the warden of the juvenile work farm where he has just served fifteen months for involuntary manslaughter. His mother long gone, his father recently deceased, and the family farm foreclosed upon by the bank, Emmett’s intention is to pick up his eight-year-old brother, Billy, and head to California where they can start their lives anew. But when the warden drives away, Emmett discovers that two friends from the work farm have hidden themselves in the trunk of the warden’s car. Together, they have hatched an altogether different plan for Emmett’s future, one that will take them all on a fateful journey in the opposite direction—to the City of New York.

Spanning just ten days and told from multiple points of view, Towles’ third novel will satisfy fans of his multi-layered literary styling while providing them an array of new and richly imagined settings, characters, and themes.

Copies of this book are available to checkout at the circulation desk. 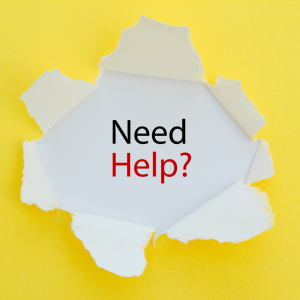 Librarians Jessica and Audra will be at the Washington Senior Center to provide one-on-one assistance with technology issues. 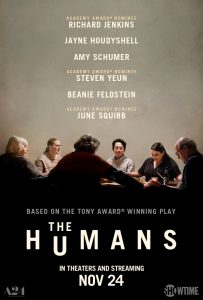 Set inside a pre-war duplex in downtown Manhattan, The Humans follows the course of an evening in which the Blake family gathers to celebrate Thanksgiving. As darkness falls outside the crumbling building, mysterious things start to go bump in the night and family tensions reach a boiling point. R 1h 48m. 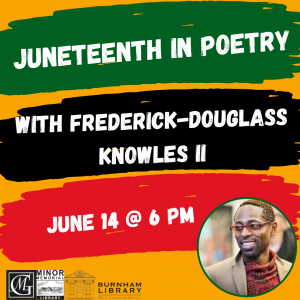 Although Juneteenth only became a federally recognized holiday in 2021, the day has been celebrated across the nation since 1865 when news of the Emancipation Proclamation finally reached Galveston, Texas. More than 250,000 slaves were freed with the late announcement and in the year following 1865, freedmen in Texas organized the first celebration of “Jubilee Day” on June 19th. Celebrations would often include large barbeques with music, entertainment and a focus on education and empowerment for the black community. Juneteenth today, celebrates African American freedom and achievement, while encouraging continuous self-development and respect for all cultures.

The Gunn Memorial Library, the Minor Memorial Library and the Burnham Library are pleased to welcome Poet,  Activist and Educator, Frederick-Douglass Knowles II to the Gunn Memorial Library for a poetic performance, reading and discussion that illustrates what Juneteenth is all about, why it is so important, and the significance of it being a federally recognized holiday. This is an in-person event that is free and open to the public. Registration is requested.

Frederick-Douglass Knowles II is an Educator and Activist fervent in achieving community augmentation through literary arts. He is a Professor of English at Three Rivers Community College in his native city of Norwich, CT and the inaugural Poet Laureate of Hartford. He is the recipient of the Nutmeg Poetry Award and the Connecticut of The Arts Fellow in Artist Excellence for Poetry/ Creative Non-Fiction. Knowles is a Pushcart Prize nominee and the author of BlackRoseCity. Learn more about him here.

The Life History of White Sharks in the Northeastern Pacific 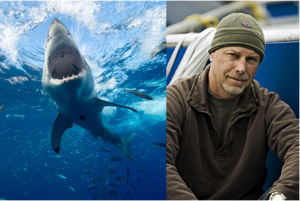 The development of cutting edge electronic tagging technology has allowed for new discoveries into the lives of white sharks to be made at an incredible pace. Dr. Michael Domeier’s decades long research on the life history of white sharks has helped completely rewrite what scientists thought they knew about this species. Join us  to learn about how his project combined new satellite tagging technology with much more basic tools, like cameras, to describe where these sharks mate, give birth, and everything in between. His method of identifying individual sharks via photographs has allowed him to determine whether the population of Great Whites is going up or going down off our west coast. Brace yourself for the answer!

Dr. Michael Domeier grew up in Falls Village, Connecticut. If he wasn’t fishing in the Hollenbeck River, which ran through his family’s property, he was fiddling with the four aquariums in his bedroom. After graduating from Housatonic Valley Regional High School, his fascination with coral reef fishes led him to Florida, where he eventually earned his Ph.D. in marine biology and fisheries from University of Miami. After a post-doc studying the spawning behavior of coral reef fishes, he migrated to southern California to lead the marine sport fish research project for the state of California. After a few years he founded a non-profit marine research laboratory and began studying large pelagic fishes, using state of the art electronic tagging technology. While on an expedition to study large Bluefin Tuna at a remote island off the coast of Mexico, he discovered an unusually large number of adult Great White Sharks. Without a Bluefin in sight, Dr. Domeier decided to deploy one of his satellite tags onto a Great White Shark. That was the beginning of a 20+ year research project that has completely redefined what the world knows about this fascinating species. His research has resulted in many peer-reviewed scientific papers and many television programs on networks like National Geographic and Discovery. In recent years he has discovered yet another adult aggregation of Great White Sharks which he has yet to formally announce to the scientific community.

Movie Matinee- Death on the Nile 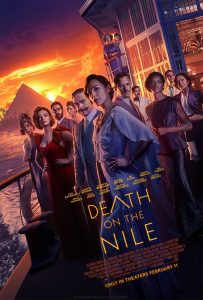 Although Belgium’s premiere sleuth Hercule Poirot (Kenneth Branagh) plans a spectacular Egyptian vacation aboard a glamorous river steamer, the trip turns into a terrifying search for a murderer after a picture-perfect couple’s honeymoon is cut tragically short. Set against a sweeping landscape of pyramids and desert vistas, DEATH ON THE NILE features a stunning ensemble cast. Based on Agatha Christie’s beloved novel, this tale of unbridled passion and jealousy is filled with wicked twists and turns that will have you guessing until the shocking finale. PG-13 2h 7m. 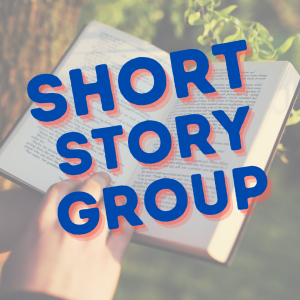 At our next short story group meeting we will read two stories that illustrate the unique form of writing.

Vanilla Slice by Julie Taylor takes us to a sunny afternoon in a park to enjoy a favorite treat- a peaceful moment interrupted by the darker recesses of the narrator’s mind.

In Three Women of Chuck’s Donuts by Anthony Veasana So, a mother and her two daughters are puzzled by a man who appears in their shop each night, orders an apple fritter, and never eats it, at one point imagining him to be a hitman hired by the rich uncle who has never been repaid the loan he gave them to open their business.

Movie Matinee- Everything, Everywhere All at Once 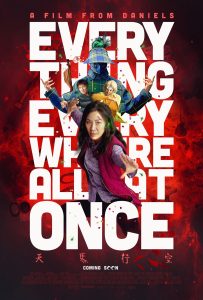 An aging Chinese immigrant is swept up in an insane adventure, where she alone can save the world by exploring other universes connecting with the lives she could have led. R 2h 19m.